Wink to Picasso in a nude by Tom Wesselmann 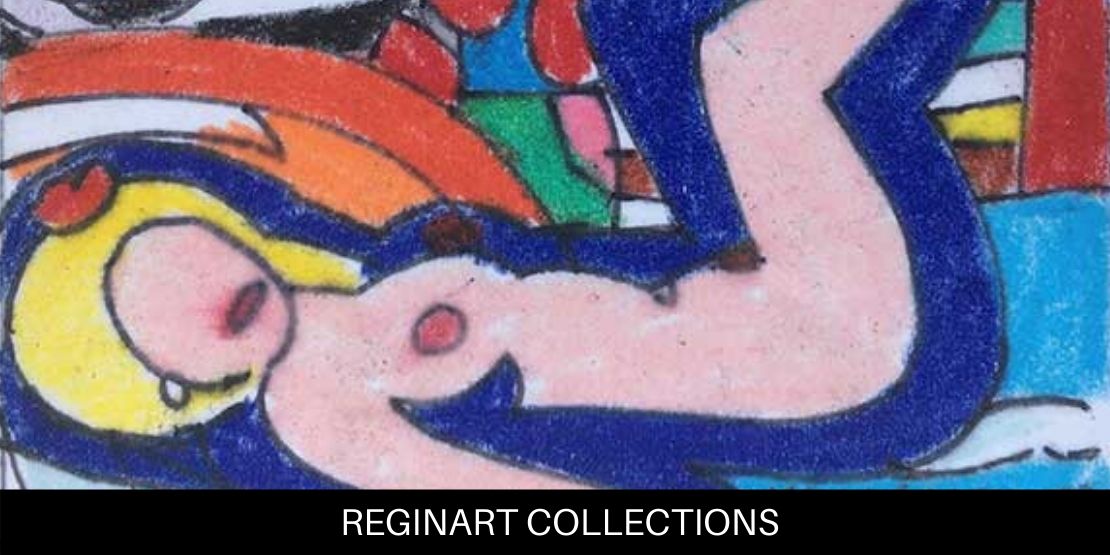 Instead of welcoming you at the palais Brongniart, each gallery at the Salon du dessin reveals one of the favorites drawings. Reginart Collections is offering online this pencil and Indian ink on transparent paper by Tom Wesselmann (1931-2004). Dated 2003, it depicts a nude in an interior strangely decorated with a work by Picasso.

For Danielle G. Cazeau, the director of Reginart Collections in Geneva (contact@reginart-collections.com), it is an important work by the American artist, estimated at around 35,000 euros. After training at the Academy of Fine Arts in his native city and then at the Cooper Union in New York, Tom Wesselmann is enthusiastic about the artists of the time such as Robert Motherwell et Willem de Kooning. Wanting to stand out from them, he tackles figurative subjects such as still life, nudes and portraits. His series entitled Great American Nudes or Still Lifes are part of his burgeoning celebrity. In 1983, he transposed these paintings into sculptures, cutting the supple and sensual lines of his drawing in steel, which he called the Steel Drawings.

This drawing, made twenty years later, is based on the formula of the Great American Nudes. A naked woman is lying in an interior, open to the outside through a window. From there, we can see nature with the sea, a red rock, a tree that could hide a palm tree. You can feel that it's beautiful, that it's warm. Life is beautiful. The woman's body is partly flesh-coloured, partly dark blue, like the shadows wanted by impressionist artists.

This doubling of the silhouette is interesting because it slims the form, emphasizes the breasts and the face, and gives a dynamism in the manner of the Italian futurist painters.The naked woman seems to be rolling around on a bed, raising her legs, tilting her blonde-haired head. A red flower, pricked on them, responds to some sort of red tulips placed near the window.

Finally, at the top left, a painting represents another nude but painted in a bolder, more contemporary style. It is immediately apparent to a painting by Picasso. An amusing detail, this nude takes up the same elements as Wesselmann's drawing: a woman whose body is underlined by a thick black line, a green plant and a background that takes up the yellow, green, blue and red found in Wesselmann's composition. It is as if Wesselmann wanted to underline the similarities and differences between a Picasso and one of his works. There is of course a mise en abyme with this painting in the painting, with the same subject treated twice. « Eroticism is constantly present in the series of American Great Nudes," Danielle G. recalls. Cazeau. They are made up of flat and simplified forms. Wesselmann strongly emphasizes the mouth, breasts, hips and thighs in the manner of advertising images ». After winking at Cézanne, Matisse, Mondrian, Motherwell and Liechtenstein, he now turns his attention to the guardian figure of Picasso. And compares himself to him. He displays his classic drawing and compares his elegant nude to the monster created by Picasso the anthropophagous.

Due to the gravity of the international situation resulting from the spread of COVID-19 and in order to protect the health of all parties concerned, we have decided to cancel the 29th edition of the Salon du dessin.

France officially declared a state of health emergency on 24 March for two months and there are still numerous uncertainties regarding the evolution of the pandemic over the coming months. These factors make it impossible to reprogram the Salon before the summer of 2020 and the Salon du dessin, which usually attracts numerous other events in Paris for a week, will therefore not take place this year.

Louis de Bayser, President of the Salon du dessin said “this is a difficult decision to take with regard to all those who worked hard for this edition, but our priority is to protect the health of all our exhibitors, visitors and partners”.

We send our thoughts to all those affected by this epidemic and hope that this unprecedented health situation will quickly change favorably.

The organizers of the Fair